A normal forefoot has a lateral arch. If you are flat-footed, the arch is too flat. If the arch is weak, the forefoot tends to flatten and you run the risk that of your full body weight pressing on the muscles and nerves on the bottom of your feet.

What are the causes of this condition?

In most cases, a sunken forefoot develops due to tight, too small and otherwise inappropriate footwear that alters the natural pressure on the bones in the foot. If your toes are often forced into the same position as “hammer toes” , there is a risk that you will develop a sunken forefoot.

Other causes of sunken forefoot: 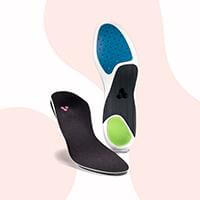 Symptoms of a sunken forefoot

Before the pain gets really bad, the most common symptoms of a sunken forefoot are numbness in the foot, or the feeling of the foot is asleep. Other symptoms may include a feeling of walking on a pesky pillow, or that one’s bones are pressed directly against the ground. Although it is not so simple, these symptoms mentioned most often appear combined an inappropriate stance.

Treatment of and insoles for a sunken forefoot?

In many cases, a physiotherapist, doctor or foot specialist will recommend exercises to strengthen and exercise a sunken forefoot. Treatment requires patience. You will need to exercise for a long time before you begin to see a result.

Exercises are always a good idea. However, wearing insoles in your shoes can relieve pain and symptoms within a few short weeks – and you do not have to give up on normal activities. An insole can positively help to eliminate the mechanical and physical strain caused by a sunken forefoot.

It is often difficult to treat a sunken forefoot. In many cases, it is a difficult condition to cure once it has developed.

If you have a painful foot due to a forefoot that has wholly or partially collapsed, you are advised to seek medical help. A physiotherapist can establish the cause of the problem. If you are not experienced in treating forefoot conditions, it may be difficult to make the correct choice of treatment.

What can Align Footwear® do for you?

Align Footwear® insoles may help when having a sunken forefoot (pes planus transversus). A sunken forefoot is caused by the ligament and muscle on the forefoot and toes becoming weak and flattened. This can occur if the ligament and muscle are not exercised and strengthened. We choose not to place an artificial support under the forefoot, e.g. a forefoot compression pad. This was a common solution in the past. To our way of thinking, insoles should be designed to control the ankle, optimise physical potential and give all the muscles under our feet room to move as nature intended. Full satisfaction or get your money back! 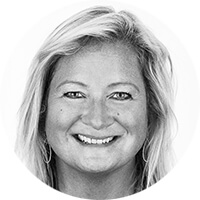